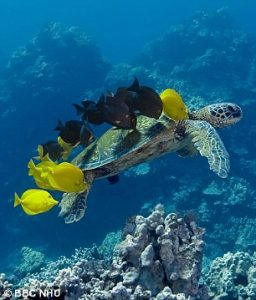 The Australian government has announced plans to create the world’s largest marine nature reserve covering an area the size of Britain and France combined.

The proposed Coral Sea Commonwealth Marine Reserve will cover 989,842 square kilometres off the country’s northeast coast which stretches from the Great Barrier Reef to Papua New Guinea in the north and the Solomon Islands in the east.

Recent research shows the area is home to dozens of endangered species and remains one of the last places on the planet thriving with large predatory fish such as sharks and tuna.

USPS packages may require more time to be delivered due to limited transportation availability as a result of the ongoing COVID-19 impacts.

Shipping via USPS Priority Mail has been extended to 3 and 4 days. For faster service select Priority Mail Express Service, which guarantees overnight service (one to two days depending on location) or select a UPS option.

Refer to “File/Artwork Type**” on ordering page.
A PRESS READY file must follow all specifications located on our FILE PREPARATION page. If in doubt, email file and we will preflight to let you know.

Artwork if under 30MB may be emailed to art@waterproof-cards.com

Our Synthetic Paper is a recycle category 5 product.
Please note that “waterproof” and a recycle symbol is added small to the back side of your job. This is done as standard practice which helps with environmental awareness and separates this eco-friendly & waterproof product from others that are not.

© Copyright 2020 Waterproof-Cards | A division of The Vault | All Rights Reserved.